Learn to run your own server for file, calendar, backup, and other services!

Running a network server isn’t for the faint of heart, but with guidance from Charles Edge, you’ll learn how to choose server hardware and install Apple’s OS X Server. Charles also describes setting up directory services, file sharing, contact and calendar sharing, mobile device management, a Web site and a wiki, software updates, and network backups, capping it off with server maintenance advice.

This product has been discontinued.

We won’t beat around the bush — running Apple’s OS X Server requires a lot more knowledge and effort than most other activities on the Mac. No matter how easy Apple makes working within the Server app, there are terms, concepts, and procedures you should understand before tackling server installation and management. Unless you know what to enter and why, your server won’t work, or worse, its important data will be vulnerable to outside attack or hardware failure.

For anyone in a home or small office situation who needs help with OS X Server, Charles Edge draws on years of experience as the CTO of a national consultancy and managed services provider to give you the essential background explanations, step-by-step instructions, and real-world advice you need to set up and run OS X Server successfully. You’ll learn how to set up file sharing, create shared calendars, run your own Web server and wiki, coordinate Mac and iOS software updates for your users, manage your organization’s iOS devices (MDM), and provide networked Time Machine backups, among much else. A final chapter offers advice on how to keep your server running smoothly.

You’ll find answers to many OS X Server-related questions, including:

Note: This book assumes that the average reader has one router, one network, and one server (although there are a few spots where it discusses how multiple servers interact). Large installations will have different configurations by necessity. Similarly, the book does not cover imaging, Xsan, or VPNs. 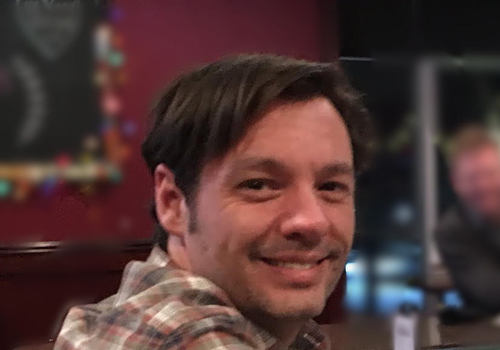 Charles Edge has written 14 books and over 4,000 blog posts on technology, with a focus on large-scale systems and server management. When he started writing this book, he was a partner and the chief technology officer of 318, a national consultancy and managed services provider with a focus on Apple’s platforms. Charles then joined JAMF Software as the product manager for Bushel. Charles is now the Director of Professional Services at JAMF Software. When not playing with computers at work, he can probably be found at home tinkering with computers for fun.

This is the third version of this book, with the 1.0 version looking at Server 3 in 10.9 Mavericks and the 1.1 update focusing on Server 4 in 10.10 Yosemite. This new version, 1.2, continues the trend, covering Server 5 in 10.11 El Capitan. Despite the change in operating system requirements, differences in the visual interface, and a variety of small functional tweaks, the basic features of Server have changed little.

What Was New in Version 1.1

Version 1.0 of this book covered Mavericks Server, but in version 1.1 I’ve switched the focus to Yosemite Server. Here’s a quick list of the important changes:

Yes, Server 5 is alive, and so is Charles’ book about it, which means it is time for Charles to explain to Chuck Joiner of MacVoices what has changed, what hasn’t, and the pros and cons of running your own server. This far-ranging conversation has much to offer your inner sysop.

September 9, 2016 - The Take Control team is talking about a possible update to Take Control of OS X Server to keep pace with a few small changes Apple plans to roll out this fall. A release date will be determined if an update to the book comes to be.

Charles’s server book is something I desperately needed for my day job. It is one of several I’ve read on the topic over the years and proved even more valuable than even the ones in the Apple Training/Peachpit series. —Ric Getter

This Server book from Charles is great. These Take Control books are invaluable to us Apple Consultants. They truly help me do a better job. —Barry Maloney